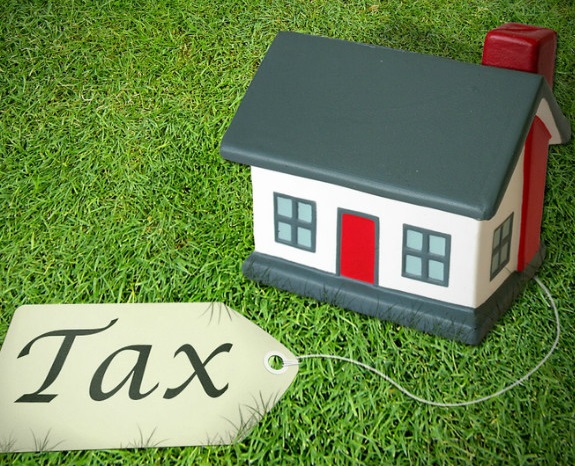 Minimise tax on your investment property

It is no secret the property market has been hot over the past year. Sydney and Melbourne are in “boom” territory and the sunshine state is also giving Brisbane investors a warm feeling.

No wonder then that many investors, upgraders and baby boomers are cashing in on their nest eggs and selling for a profit while the good times roll on. After all, it was one of the world’s most famous investors, Warren Buffett, who said: “Buy in gloom, sell in boom.” Selling now could be a beautiful reward for years of hard work and sacrifice.

However, capital gains tax (CGT) can quickly eat into that attractive figure on the contract and make your cash payout much smaller than you originally thought.

The 10 best ways to minimise your tax when it comes to selling property.

One of the best-kept secrets to dodging capital gains tax is to live, then let live. In other words, you can live in your property, then let someone else live in the same property, but still claim it as your principal place of residence (PPOR) for up to six years.

General manager of ThinkConveyancing.com.au, Christopher Lane, said, generally speaking, your property was not your “main residence” once you had moved out.

“However, there are circumstances where you can treat a property as your main residence after you’ve moved out for the purposes of avoiding capital gains tax, under the CGT main residence exemption,” Mr Lane explained.

“For a period of up to six years, you can treat your property as your main residence if you satisfy the eligibility criteria.”

The six-year rule was established to allow for those who have job transfers, either regionally or overseas.

You could still technically move to the next suburb, just a few hundred metres away, according to Momentum Wealth managing director Damian Collins.

Mr Collins said just because you rented out your property did not mean you had to give it up as your PPOR.

“If you buy another property, you then have a choice. You can choose which one is your primary residence and you don’t have to choose until you sell it.”

The obvious big plus is that if you own two properties, the one with the most capital gain can be claimed as your PPOR. Talk about a good idea!

However, you cannot just guess. Mr Collins pointed out that it was important to get a valuation on each property at the time of renting it out, just in case you used another property as your PPOR later on.

“The other one would be subject to capital gains tax and so you need to know the market value the day you move out,” Mr Collins said.

Mr Lane added that many investors and homeowners were not aware of the six-year rule, but it could save them thousands of dollars.

“Recently we sold a property for a James, who had lived in the property prior to moving in with his partner,” Mr Lane said.

“They had decided it was time to upgrade to a larger family home so they were selling up. He had budgeted CGT into the equation and was thrilled when he discovered he was almost $27,000 better off by applying the six-year rule.”

2. Keep your investment pad for more than 12 months

Chan & Naylor managing director Ken Raiss said anyone who had bought an investment property should hold it for at least a year, reducing the capital gains tax by 50 per cent.

“This reduced amount is added to the owner’s normal income and taxed at the marginal tax rate,” he explained.

Do not forget that your 12-month ownership is from the date of contract for both the purchase and sale of a property.

“Particularly in Sydney, Melbourne and even Brisbane at the moment, people like to take a quick profit,” Mr Collins said.

“If you purchased a property in April and settled in May, then sell in March with a long settlement until June, it’s not 12 months. You must go from the contract dates.”

3. Make the most of a low-income year

We all have good and bad years and our income often reflects our personal circumstances, according to Mr Lane.

He said CGT was closely linked with income tax and so the timing of when you incurred CGT was critical to getting the best outcome.

“If you’re having a low-income year and you think you’ll be in a lower-than-usual income tax bracket, run your numbers on selling out and make the decision with time before the end of the tax year,” Mr Lane said.

“Things to watch out for include maternity leave, job loss, extended periods between job contracts and unpaid, long overseas holidays. They all present great opportunities.”

If you are keen to cash in on the Sydney boom, you might be better off waiting to sell until next winter, or more accurately, July 1. This would save you a whole financial year of payable tax.

“If contracts are signed on July 1, rather than June 30, the tax liability is pushed out by 12 months,” Mr Raiss said.

“Holding onto your money longer is almost as good as a tax deduction.”

You could also put the profits from your sale into an offset account, helping to reduce the tax payable on other mortgages in the meantime.

“I’m always one to think that a dollar in the hand today is worth more than a dollar in 10 years,” Mr Collins said.

“If it’s a long-term investment, buy the property in the name of the person where it’s most tax advantageous now.”

That means if the property is positively geared, purchase in the name of the person on the lower income.

If the property is likely to be negatively geared, purchase in the name of the person on the higher income.

“It depends on the sort of property you buy and the income that flows from that,” Mr Collins said.

When you sell the property, consider putting part, if not all, of the profit into your own super account. It is just like salary sacrificing, meaning you will not be taxed as much.

“For taxpayers aged over 55, they could even move into a transition to retirement to improve contributions further.”

7. Purchase the property in a trust

Alternatively, it might also be a good idea to purchase a property with a number of people in a discretionary trust. Mr Lane said the use of trust structures was on a steady rise and might benefit those on lower marginal tax rates.

“Let’s be honest, who knows where they’ll be in six months’ time, so anticipating your individual financial circumstances into the future is almost impossible,” he said.

“A discretionary trust allows many of those decisions to be made closer to the sale event and the outcome better planned, which produces better tax outcomes. It allows you to decide which of the members of the trust will receive the profit from the asset sale. It means you can direct the profits to the most tax-effective person at that time.”

8. Sell the lemon with the lemonade

The property market might be booming in Sydney, but not all parts of the country have had amazing results. If you are selling for a profit, consider also letting go of the lemon.

We all know you can claim deductions for things like rates, insurance and body corporate or strata fees, but have you considered all the possibilities?

You also need to be vigilant with your record keeping. Mr Collins said a lot of people did not include renovation costs when it came to claiming expenses.

“This is part of the cost base of the property and the cost base, being high, means the CGT is reduced,” Mr Collins said.

10. Pre-pax tax on another property

Well-known property author and investor Jan Somers said it was pretty tough to avoid the tax man, but investors who were selling and making a profit might also be able to pay their mortgage fees on a second property one whole financial year in advance, if they actually had the cash to do this.

For example, if property A is sold for a profit of $200,000, the interest on property B could be pre-paid for one financial year. This might cost $50,000 and reduce the overall taxable gain across a property portfolio.

“If you have a $1 million loan and you pay the 5 per cent interest on that, which is $50,000, you would have a $50,000 deduction for that year, but you have to have a financial advantage,” Mrs Somers explained.

“You would need to get an interest rate of 4.92 per cent instead of 4.95 per cent and it’s only worth it if you’re selling within a few months of the [new] financial year.”

Banking on the six-year rule

Empower Wealth founder and chief executive Ben Kingsley lives by the mantra of buying and holding.

However, he said the six-year rule, where you could claim a property as your PPOR even though it was being rented out, still applied to investors who preferred to hold. After all, you never know where you might be in 20 years down the track.

The property lover and his wife Jane bought a two-bedroom semi in Alexandria, Sydney, for $395,000 back in 2001. They lived there until 2004, when work commitments forced the couple to move to Melbourne.

Even though they rented the Alexandria property out from 2004 until 2010, they could still claim this property as their PPOR during that time, if they want to later in life.

“From 2004 to 2010, it’s obviously one of the properties we’re now considering for the six-year rule,” Mr Kingsley said.

“In 2010 we had it valued, but we also bought a cracking property in Flemington [in Melbourne], which has had amazing gains as well.”

It is a nice problem to have and it all comes down to which property has had the most capital gain. The property with the most gain could be used as their PPOR, on paper, once the couple hits retirement and sells, to avoid CGT during that period.

Mr Kingsley estimated the Alexandria property would now be worth $1 million, while the Flemington terrace would be worth about $850,000.

“The message is you don’t have to sell,” Mr Kingsley said.

“You can lock in the gain and have it revalued at the end of that period and that gain is potentially there to realise the benefit, if you ever choose to sell.

“A lot of people think you have to sell at that six-year point. The reality is you don’t. The moment you move out, you should get a valuation done and keep it on file, the same way you keep capital costings on file.”