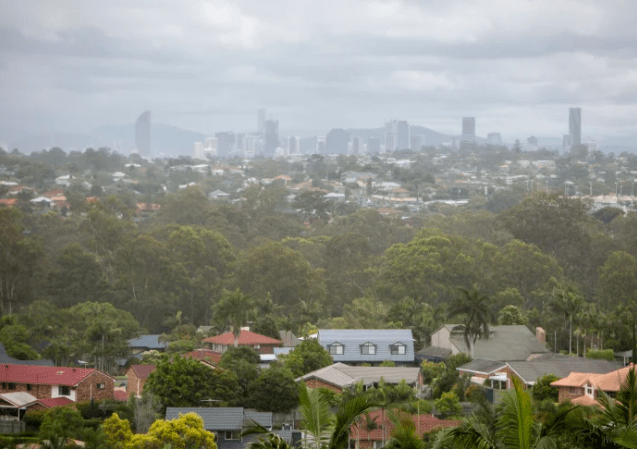 Brisbane house prices have hit a record median high of $792,065, following one of the biggest quarterly price hikes in two decades.

Figures from Domain’s latest House Price Report, released today, reveal house prices in the Sunshine State capital jumped 10.7 per cent over the three months to December – the steepest hike clocked across the city in almost 18 years.

It was also the second largest price leap across the country for the quarter, with only Canberra surpassing Brisbane with an 11.3 per cent house price rise that lead to a record-breaking median of $1,178,364.

Unit prices also inched north to a record median of $416,033 after a two per cent quarterly rise, and 3.5 per cent annually, for the first time since mid-2016.

The new numbers follow months of speculation that Brisbane’s red-hot market could outperform every other capital city in the country, with experts putting the rapid-fire price rises down to low interest rates, low COVID case numbers and the comparative affordability of Brisbane homes.

Such a scenario sparked thousands of Sydney and Melbourne migrants to call the sun-drenched city home over 2021, with Domain’s head of research and economics, Dr Nicola Powell, revealing 26 per cent of property inquiries in Brisbane over the last quarter came from southern home hunters.

“This is the growth cycle that we have all been talking about, the one that Brisbane was going to have. And here it is – it’s the steepest in almost 18 years,” Dr Powell said.

“We will see Brisbane hit the $800,000 median mark next quarter and this is where we will see it outperform (the other capital cities).

“Brisbane still has momentum. The total number of homes for sale are at a multi-year low, so escalating demand just isn’t matching that supply.

“And buyers are still being supported by low interest rates, higher household savings and reduced discretionary spending. We are [also] not travelling more, and these are some of the other reasons [for such strong growth].

“And when you do that direct comparison to Sydney, you can understand why if someone sold in Sydney – for the median price of $1.6 million – they would move to Brisbane where it’s half that.

“A lot of investment cash is also being injected into south east Queensland … and Brisbane is going to be the stand-out performer this year.”

While Dr Powell expects growing affordability concerns to propel the still-sluggish unit sector, she said young families seeking a house with a backyard were the main cohort of interstate migrants flocking to Queensland.

“House prices have risen seven times faster than units over the past year, the largest divergence on record, pushing the price gap between property types to an all-time high,” Dr Powell said.

“Over December, Brisbane had one of the highest growth rates of all the capitals, and it comes back to where the prices started from,” Dr Mardiasmo said.

“We were undervalued, and Brisbane has been growing into this metropolitan city that’s almost rivalling Sydney and Melbourne, and that means there’s a lot more money in Brisbane now. So we’re becoming a world-class city but our median prices are half that of Sydney.

“We’ve also had the largest interstate migration in Brisbane, well throughout Queensland, and our virus case numbers are still much lower.”

“The last quarter of each calendar year is typically the strongest for Brisbane in terms of buyer engagements, but I think a lot of it [last quarter’s growth] has to do with migration. They have been losing people in Sydney and Melbourne and Brisbane has been the beneficiary,” Mr Jordan said. 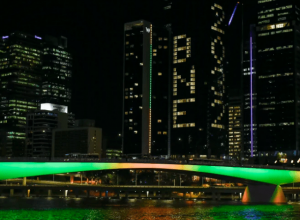 “That’s the main driver, and then there’s the lifestyle benefits. I think Brisbane will outperform all the other capitals, especially given the Olympic Games and the amount the Queensland government is spending with infrastructure. We’ve got all these factors driving more growth.”

In particular, Mr Jordan said inner-city suburbs surrounding good school catchments would be the ones to gain the largest price growth.

According to the Domain House Price Report, the Brisbane north region reaped the largest quarterly price change, with house prices rising 13.7 per cent from $775,000 to $881,000.

For units, the top-performing region was Moreton Bay South, with units climbing 7.6 per cent over the quarter to $366,000.

Figures quoted are based on Domain data from its Quarterly House Price Report, released today. CoreLogic has Brisbane’s median house value at $782,967 by December, using a method that measures the value of the specific housing market based on the attributes of properties that are transacting, such as land size or number of bedrooms, instead of calculating a stratified median price based on sales, as in the Domain data.

This is exactly what we are seeing in our part of the world.  The best performing market in Brisbane was the North Brisbane market and we expect that to remain the case during 2022.

So if you are looking to invest into this market or are looking to take advantage of the selling opportunity contact one of the team at Hicks Real Estate.  No one knows more about Everton Park and McDowall.