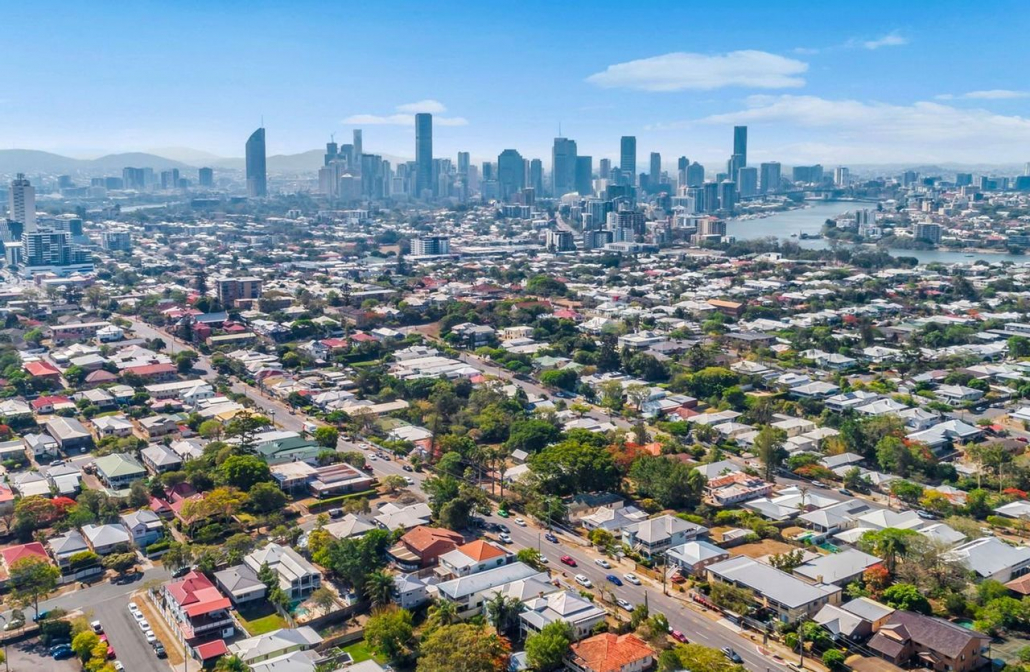 The Urban Developer’s latest Brisbane housing market insights, looking at the month for August, reveals the city was the third-fastest nationally for price growth during the month.

The rate of price growth has remained stable in Brisbane after reaching a peak in March this year after values rose 2.4 per cent across the month.

The city ranked third-fastest city nationally for August behind the much smaller markets of Canberra, up 2.2 per cent, and Hobart up 2.3 per cent.

August’s dwelling prices growth was unchanged from July, while house prices moderated over the month losing a bit of steam as the apartment market surged.

The latest Corelogic figures, for August, reveal property values rose 2 per cent, and are now up 18.3 per cent over the year.

The current median value for a dwelling is $612,000 after further advancing an additional $14,000 during August.

Brisbane’s median house price of $691,000, which rose by $13,000 in August, is still less than half of Sydney’s but is now on par with that for Adelaide and Hobart.

The average unit in Brisbane is now selling for $425,000, a gain of $6000 over the month, however, the growth gap between houses and units continues to widen.

Experts now say this post-pandemic boom could fuel a further 15 per cent rise in house prices in the coming year and more than double, with a likely median of $1.5 million, by the time the 2032 Olympic Games begin.

Brisbane house prices will hit the $1-million median well before the 2032 Olympics with suburbs near venues tipped to move up to $3.9 million.

Property projections from PRD Research indicate the median price would reach $1.7 million by 2033 and would be “immensely” boosted on the Gold and Sunshine coasts.

Queensland may not reopen to the rest of Australia until it gets to a 90 per cent vaccination rate.

Despite New South Wales and Victoria outlining a roadmap to opening up, based on an 80 per cent double vaccination rate, Queensland is yet to commit to any blueprint for going forward, even with the population likely to hit 80 per cent double jabs by December 5.

Property tax concessions are notably absent from the Queensland budget as the state details its plans for the year to come.

Instead 86,000 interstate migrants, health and education investments as well as infrastructure spending are expected to boost the state economy.

What the experts are saying about Brisbane’s housing market

“Regardless of the Olympics, Brisbane is likely to outperform the market as it’s due for a surge after years of sluggish growth,” he said.

“So the probability is that outperformance could go on for longer than one or two years post-Games.

“Developers are likely to position themselves early, looking to secure development sites with the intention of capitalising on increased investor demand in key areas.

“I think developers will be aiming to position themselves in key precincts early.

“We are likely to see increased competition among developers for prime development sites, especially around the inner south where so much of the infrastructure activity is taking place.”

“Migration figures over the past year show there has been an uplift in movement from Melbourne to Queensland.

“So that may have helped ease rental pressures across Melbourne and put upward pressure on Brisbane rents.

“The other factors come back to income. So where you’ve had less lockdowns across Brisbane, Adelaide and smaller capital cities, that means that incomes have been less disrupted, which has supported rental growth.”

“The runaway property prices seen since the end of the first Covid lockdown have blown the deposit-saving timeline further out, making the task all the more challenging.

“Many commentators have speculated that reduced numbers around migration, overseas student intakes and tourism have created an unsustainable property price bubble that will inevitably correct.

“However, prices have risen so far that any correction is now going to be from a very high base.

“First-home buyers will be hoping for a price correction, but the easing of the release valve in a post-vaccination Australia could mean another price eruption before we see correction.”

NAB is forecasting Brisbane house prices to rise by 19.5 per cent over the next 18 months with a 4.4 per cent rise across 2022.

ANZ has tipped house prices to jump by more than 21 per cent this year in Brisbane, lifting its forecasts despite the lockdowns, off the back of the stronger than expected property market.

Auction clearance rates across the country’s capital cities dropped to their lowest levels since April last year in the final week of August.

Most housing withdrawals occurred in Melbourne, which saw 867 homes taken to auction, and 64.3 per cent withdrawn.

Property inspections are banned under public health orders in Victoria, weighing heavily on the preliminary clearance rate, which was 34.7 per cent.

In comparison, 48 per cent of auctions were withdrawn over the previous week and a final auction clearance rate of 49.1 per cent was recorded.

Sydney recorded a preliminary auction clearance rate of 82.7 per cent, with 421 properties sold. Under the public health orders, one-on-one private home inspections are permitted, which has been helping to prop up the market.

Markets not under lockdown are outperforming Sydney, Melbourne and Canberra. Adelaide was the best performer, boasting a preliminary auction clearance rate of 81.3 per cent.

Brisbane recorded a preliminary auction rate of 81.3 per cent. In Perth, 72.7 per cent of auctions were successful, across 11 results.

Corelogic’s head of residential research Eliza Owen said stock numbers for houses and units available for rent in Brisbane remains tight, and would now be placing upward pressure on prices.

With national housing values rising by 18.4 per cent and rents rising by a lower 8.2 per cent, ongoing yield compression is likely.

Nationally, gross rental yields have now fallen to an all-time low of 3.32 per cent.

It is no longer just Sydney and Melbourne where rental yields are plumbing historic lows. Brisbane has also seen gross rental yields fall to new record lows in August, now 3.9 per cent.

According to REA Group, renter activity is also on the rise with rental inquiries for greater Brisbane properties up almost 30 per cent year-on-year.

Rocklea, where a typical house will set a renter back $427 a week, was found to be the most affordable, while Kalinga was the cheapest for smaller homes with a median unit price of $303 a week.

At the other end of the spectrum, Teneriffe had the highest median price for both houses and units at $920 and $560 a week respectively.

There are high vacancy rates in the inner city suburbs of Auchenflower, Dutton Park, Herston, West End and Brisbane.

Brisbane CBD has the highest vacancy rate at 6.6 per cent followed by St Lucia at 4.9 per cent.

A significant dip in housing approvals has added fuel to the already hot property market, despite a lockdown softening.

Australian Bureau of Statistics data shows the number of private-sector houses approved dropped 11.8 per cent in June, following the downward trajectory since the end of the Federal government’s HomeBuilder stimulus package.

Across both houses and units the number of dwellings approved fell 6.7 per cent, compared to a 7.6 per cent decrease in May.

Queensland and Western Australia experienced the biggest decline in both house and unit approvals.

In Western Australia overall dwellings approvals dropped by 30.5 per cent, followed by Queensland at 18.4 per cent and Tasmania at 14.9 per cent.

In the 2020-21 financial year total dwelling approvals nationally were 27.3 per cent higher than in 2019-20 financial year, driven by a 42.8 per cent surge in private sector house approvals.

Dwelling approvals increased more than 88 per cent in Western Australia over the financial year, while in Queensland it was up 36.7 per cent and Tasmania experienced a 33.9 per cent increase.

Investors are continuing to take advantage of record low interest rates and their extra wealth as rising prices put housing out of the reach of younger buyers.

The value of new loan commitments for owner-occupier housing decline -6.3 per cent, while property investor loans increased 9.3 per cent.

The value of loans to first home buyers declined by 8.8 per cent per cent in July, as the federal government’s HomeBuilder stimulus, continues to drop out of the system.

The latest Housing Industry Association measure of housing affordability also shows a sharp deterioration across the country over the past year.

Housing prices have risen almost 11 times faster than wages growth over the past year, creating a more significant barrier to entry for those who don’t yet own a home.

In dollar terms, Australia’s median property price has risen by around $103,400 in the past year (which equates to about $1,990 per week).

In comparison, Australian wages are growing at a much slower pace (about 1.7 per cent annually), underscoring the worsening affordability issues.

Interstate migration into Queensland, growing at its fastest rate since late 2003, has remained a tailwind for housing demand.

Brisbane’s population grew by 1.9 per cent during 2019-20, recording the highest growth rate of all capital cities, according to Australian Bureau of Statistics data.

Queensland experienced a net gain of 28,500 people from interstate in the March quarter and 21,465 departures.

Queensland’s population is expected to surge by more than a quarter of a million people in the next four years according to forecasts in the federal budget, as people flood in from other states.

Treasury boffins have predicted Queensland is set to gain around 20,000 people from interstate each year for the next four years—amounting to almost 85,000 new residents by mid-2025.

Next year alone, federal treasury estimates see Queensland gaining 23,800 new interstate residents, while Victoria is set to lose 1200 and New South Wales is tipped to shed as many as 15,500.

With a population of roughly 3.7 million, Queensland’s southeast is Australia’s fastest-growing zone.