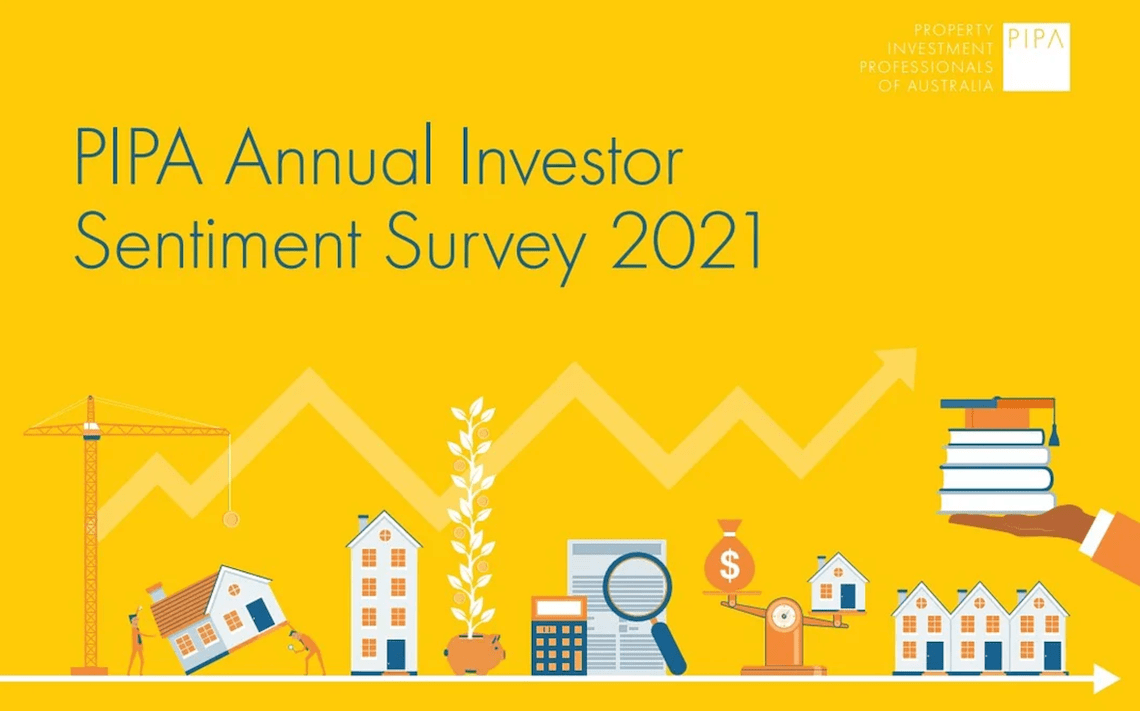 The Property Investment Professionals of Australia national investor survey was released recently.  It gives a good insight to what Property Investors are thinking about the property markets moving forward.  The consensus being that Brisbane and the SE corner of Queensland is the place to invest.

This year’s survey found that nearly 62 per cent of investors believe that now is a good time to invest in residential property, which is down from 67 per cent in 2020, and may be due to the high property price growth this year as well as significant lockdowns taking place at the time of the survey.

However, about 25 per cent of respondents said their motivations to move included not wanting to live in crowded cities anymore as well as wanting to live somewhere that had fewer coronavirus cases and lockdowns.

This year’s survey produced the biggest ever margin when it came to the property investment location that investors believe offers the best potential over the next year.

Queensland has certainly emerged as the winner in a serious way.

“A staggering 58 per cent believe that the Sunshine State offers the best property investment prospects over the next year – up from 36 per cent last year.

“New South Wales was second at 16 per cent (down from 21 per cent in 2020) and Victoria was third at 10 per cent, which is down significantly from 27 per cent last year.”
The number of investors who see Brisbane as the state capital with the best investment prospects has also soared compared to last year’s results – up to 54 per cent compared to 36 per cent in 2020 – according to the survey results.

They believe the Southeast Queensland was the beneficiary of billions of dollars of major infrastructure projects that were set to transport the region, plus Brisbane was recently named the host of the 2032 Olympic Games.

“All of these factors, as well as the affordability of property in Southeast Queensland and strong interstate migration, are some of the reasons why investors are so optimistic about market conditions there,” he said. 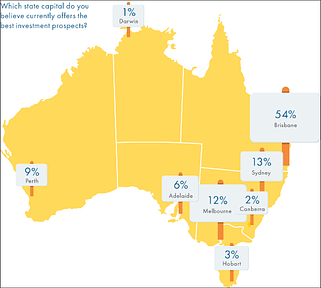 A buying trend that began in last year’s survey appeared to be gathering momentum, with investors looking more and more outside metropolitan markets.

According to the survey, while nearly 50 per cent of investors say metropolitan markets offer the best investment prospects this was down from 61 per cent last year.

Regional markets continue to be in favour with 25 per cent of investors (up from 22 per cent), while interest in coastal locations has soared to 21 per cent from 12 per cent last year.

However, while investors remain upbeat about the market, about 29 per cent of investors say the pandemic has made it less likely they will buy a property in the next year – up from 21 per cent last year. 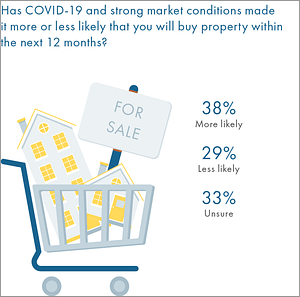 Likewise, the lingering impacts of the global health emergency – as well as the robust price growth over the past year no doubt – means fewer investors are looking to sell a property this year – at 59 per cent this year, compared to 71 per cent of survey respondents last year.

Part of the reason for the uplift in property prices over the past year has been the continued low levels of supply in most locations around the nation.

With a decrease in the number of investors indicating they intend to sell over the short-term, it seems unlikely that this boom market cycle is going to change anytime soon.

Nearly 62 per cent of investors believe now is a good time to invest in residential property, which is down from 67 per cent in 2020, and may be due to high property price growth as well as significant lockdowns taking place at the time of the survey. 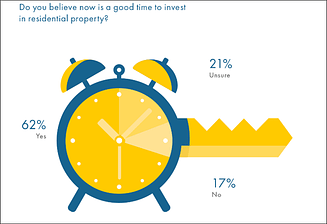 The pandemic continues to make it less likely that investors will sell a property over the next 12 months, according to 59 per cent of respondents (down from 71 per cent last year). However, about 18 per cent (up from seven per cent in 2020) said it had made them more likely to sell. 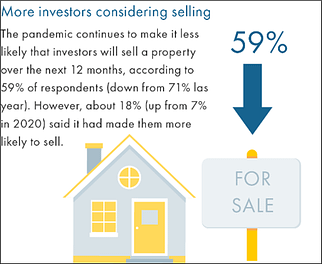 Queensland has emerged as the winner by a serious margin with a staggering 58% of investors believing the Sunshine State offers the best property investment prospects over the next year – up from 36% last year. New South Wales was second at 16% (down from 21% in 2020) and Victoria was third at 10%, down significantly from 27% last year. 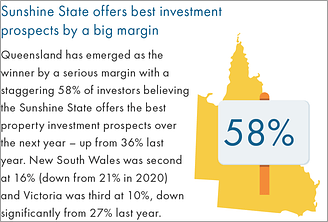 While investors continue to tip metropolitan markets as offering the best investment prospects at nearly 50 per cent (but down from 61 per cent in 2020), regional markets are in favour with 25 per cent of investors (up from 22 per cent) as well as coastal locations with 21 per cent of survey respondents (up strongly from 12 per cent last year).

Lending and the economy remain top concerns for investors

The two leading concerns of the investors surveyed were gaining access to lending and Australian economic conditions – the same situation as last year.

If you would like some assistance when it comes to selecting the right investment property, talk with the property experts at Hicks Real Estate we know the local area better than anyone.

For more details about the PIPA survey go here.