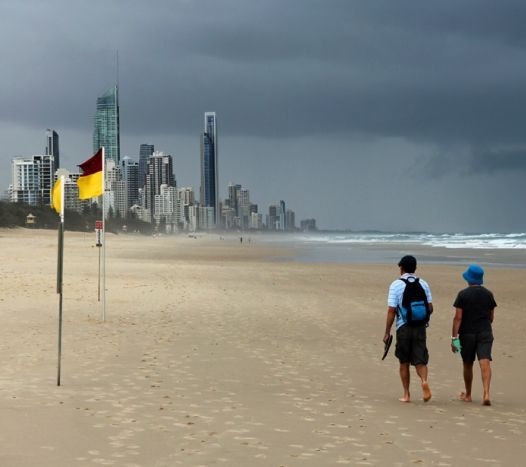 Should floods force a rethink?

There are times that cause you to take a reality check on Australia’s overriding view of bricks and mortar as investments.

As brown swirling flood waters force thousands of people from their homes in NSW and northern Victoria last week, the images of rivers breaking their banks and gushing through gardens and into homes are enough to make you cry.

When one devastated homeowner declared on national television that he “wasn’t going through this again”, his pain was raw for all to see.

Imagine being forced to grab a few precious belongings and leave your home to the will of nature.

Yes, it’s only brick and mortar, and not lives, but for many people – if not almost everyone – a home is part of what defines you. It’s full of memories. And most poignantly, brimming with dreams of times ahead.

A spokeswoman for the Bureau of Meteorology says the recent high rainfall is a result of La Niña and is not necessarily related to longer-term climate change.

Nevertheless, given that this week’s widespread flooding follows last year’s wave of floods, cyclones and bushfires, the question facing many Australians is whether this is situation normal, and if so, do we need to adapt our style of housing, or the infrastructure around it?

In a speech given by Insurance Australia Group chief executive Mike Wilkins late last year, he called on governments to learn the lessons from our recent experience to make our communities safer.

“If we don’t take action, we’re doomed to repeat this cycle of destruction, devastation, slow rebuild and lost productivity over and over again into the future,” Wilkins told the American Chamber of Commerce in December.

“In recent times we’ve seen significant new areas of land being opened up for development in the rapidly growing areas around the north west of Sydney. Much of this region is located on the Nepean floodplain and has historically been subject to severe flooding.

“We believe the planning authorities responsible for releasing these areas of land must ensure mitigation work is conducted prior to any new building, so it is not subject to flood if the outskirts of Sydney experience a wet summer similar to Queensland’s.”

“[They] were not the first times that many of the areas around Brisbane, Ipswich, Toowoomba and Emerald had been severely flooded. It will also not be the last time. In these areas, it is not a question of if; it’s a question of when the next flood will come.

“Notwithstanding this inevitable pattern, plenty of development – homes, sheds, businesses, even infrastructure like substations – was allowed to spring up in areas of unacceptable risk around Brisbane and Ipswich over the intervening drier years.”

Wilkins said it was irresponsible to rebuild in a way that “ignores clear historical records”. “We do a great disservice and potential harm to our community if we grow apathetic in our approach to rebuilding,” he said.

Wilkins put forward a number of solutions, which are listed verbatim below:

“The improvement to building codes in cyclone-prone areas in north Queensland following Tropical Cyclone Larry meant that – notwithstanding its enormous size and destructive wind speeds – the level of damage incurred during Tropical Cyclone Yasi … was surprisingly low,” Wilkins argued.