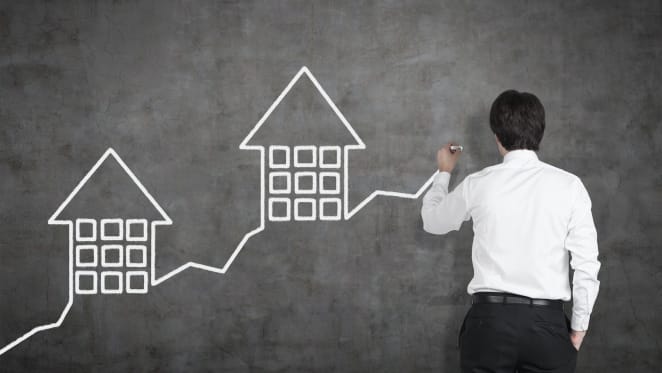 There were two pieces of positive news in the past week which demonstrate the value to the nation and its citizens of growth in the property market.

One came from research from the Real Estate Institute of Australia which shows that the median house price for the Australian capital cities has risen from $160,000 in 1996 to $825,000 today.

The Real Estate Institute of Australia says the median house price has risen more than 400% in the past 25 years.

It sounds extraordinary – but, to put it in perspective, it equates to an average annual increase of 6.6% per year. Healthy, and certainly ahead of inflation and wages growth, but not monumental.

The other item of note came from the Australian Bureau of Statistics. It says that a booming property market helped add half a trillion dollars to Australia’s household wealth in the December Quarter, taking the total to just over $12 trillion.

The nation recorded its biggest gain in quarterly wealth since 2009 despite COVID-19 concerns and employment fears over the end to JobKeeper.

According to the ABS, total household wealth increased 4.3%, or $502 billion, in the last tHicks Real Estatee months of 2020, marking the highest quarterly growth rate since the December Quarter of 2009.

The housing debt to income ratio decreased from 139.2 to 139 over the quarter, as growth in income exceeded growth in housing debt. The ratio has fallen for the past four quarters.

This is mostly good news for nation. I’m telling you this because you won’t hear it from mainstream media. What you will hear is that it’s a crisis. Indeed, several crises. An affordability crisis, a debt crisis and a social crisis.

But I see mostly positives. The key factors here are that this gives confidence to most Australians, encouraging them to spend, which benefits the economy and creates jobs, and it helps people establish the financial base to fund their retirement.

Successive federal governments for the past 20 years or so have encouraged Australians to invest to provide for their retirement years, placing less reliance on the public purse.

For many Australians, real estate is the option of choice because they feel they understand it and they see it as a safe and solid option for growth.

The current national property boom is a big step down that path.

Terry Ryder is the founder of hotspotting.com.au