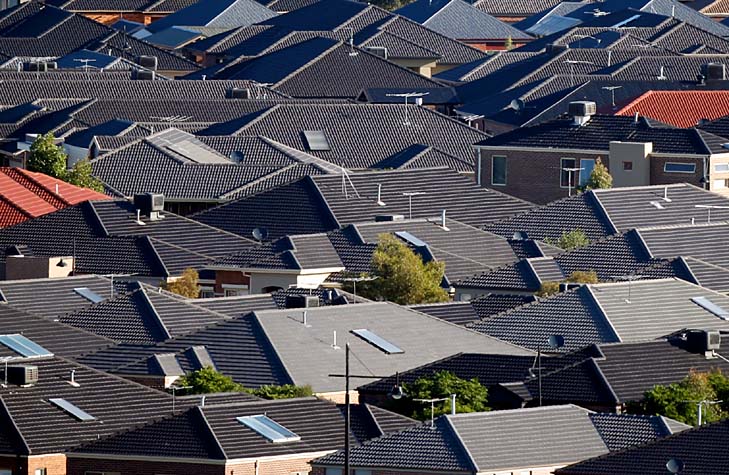 AUSTRALIAN housing markets displayed a generally resilient performance in 2011, reflecting the inherent security of residential real estate in this country, particularly when compared with housing markets in similar open-market economies.

The year was always set to be a period of correction for Australia’s housing markets following the unsustainable growth in house prices recorded through 2009 and 2010.

Between January 2009 and June 2010, Melbourne’s quarterly median house price rose by nearly 30 per cent, with Sydney’s up by almost 20 per cent over the same period. All other capitals also recorded big rises in house prices over those 18 months.

Housing affordability crashed by the end of 2010, with surging house prices and rising interest rates combining to send buyers into hibernation.

Australian Property Monitors data has revealed that capital city housing markets have generally performed encouragingly in 2011 despite the pressure on housing affordability generated in 2010 and a mixed economic performance in 2011.

The best capital city performers were Melbourne and Sydney, where annual median house prices rose by 1 per cent. Darwin and Adelaide house prices were flat and Hobart down 1.5 per cent.

The worst performers over the year were Brisbane and Perth, where annual median house prices fell by 3.5 and 4.75 per cent respectively.

The unit market clearly outperformed the housing market over the year to October 2011, with Sydney recording median unit price growth of 2 per cent followed by Melbourne and Darwin up by 1 per cent. Brisbane and Perth were again the underperformers, with annual unit prices falling by 1.3 per cent and 3.5 per cent respectively.

Bureau of Statistics data confirms the solid performance by Australian housing markets in 2011, with the number of owner-occupier housing loans rising by 2.4 per cent over the 10 months ending October compared with the same period in 2010.

New South Wales was the best performer with an increase of 8 per cent, with Western Australia surprisingly in second place with growth in home loans of 7 per cent over the year, courtesy of a surge in the past tHicks Real Estatee months – indicating perhaps growing late-year momentum in that market.

By contrast, the number of home loans approved in Queensland in the year to October fell by 8.4 per cent compared with the same period in 2010.

The nature and strength of Australian housing markets in 2011 was always to be determined by the underlying supply and demand characteristics of individual markets and the strength of national and local economies.

In addition to the affordability barriers created by the prices surge and interest rate rises of 2009 and 2010, housing markets have had to encounter unexpected headwinds in 2011. The impact of the central Queensland and Brisbane floods was not restricted to the local housing markets. National economic output was affected through reduced coal exports and the cost of the reconstruction levy. Higher prices for fruit and vegetables also affected household budgets nationally.

The impact of catastrophic natural disasters on the national psyche and confidence cannot be underestimated, particularly given Australia’s recent propensity for financial conservatism, especially when it comes to buying or borrowing.

Stalling economic growth in 2011 was also a product of continued mixed performances by various industry sectors, particularly retail, manufacturing, tourism and construction. As a consequence, all capitals recorded rises in unemployment through mid-year. All these factors combined to subdue consumer capacity and confidence and consequently dampen home buying activity through 2011.

Most Australian capital city housing markets are, however, set to record growth in median prices over 2012 as the national economy gathers strength. The Australian economy is primed to expand strongly on the back of a significant resources boom with the Organisation for Economic Cooperation and Development predicting gross domestic product will increase by 4 per cent over the year.

Melbourne, Adelaide and Hobart will be the underperformers in 2012, with median house price growth of between zero and 5 per cent.

With the Victorian economy showing signs of running out of puff, particularly as the recent construction boom abates, the housing market is set to drift sideways though 2012. The possibility remains of some growth in median house prices by the end of 2012 as the impact of a strong national economy filters through.